Pimpf - Depeche Mode in France: EN : Remixes album : Remixes 2 81-11: "Depeche Mode will finally release their remixes album called REMIXES 2 : 81-11.It will be released on multiple formats : on a single C..." 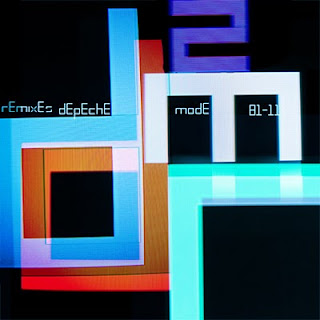 Guess what two new dates have been added to  the SELECTED EVENTS TOUR in 2011 :
- Talinn, Estonia
- Paris , France
Here are the details for the estonian venue : 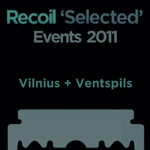 Having completed a hugely successful year in 2010 with some outstanding events across Europe, North & South America, Recoil’s ‘Selected Events’ tour returns this year with some additional performances across Europe.

Now, Alan is bringing the updated version of ‘A Strange Hour’ once again to several new European cities. If you missed the presentations last time out, now is your chance to catch up, with perhaps one or two further changes and definitely some special guests.
As usual, Alan should also be available for meet & greet signing sessions after the performances at each event.
After the BTTP festival in Manchester with Gary Numan & Motor, the new shows continue on in Vilnius, Lithuania at Forum Palace on Tuesday 10th May and in Ventspils, Latvia at The Centre of Performing Arts – “Juras Varti” on Wednesday 11th May.
Says Alan: “Last year was a lot of fun and very different for me to be out on the road so much. Even so, there were places which we never got to for one reason or another and now we have a chance to fill in those gaps, which is why I’m delighted to add a few more events. We have the unusual Mute night to prepare for (with maybe a surprise or two) and then these extra dates in cities I have never visited before. I’m very excited to be visiting both Lithuania and Latvia. We also hope to add some more events over the coming weeks.”
Full details below.
Date : 10.05.2011
City : Vilnius
Venue : Forum Palace
Address : 26 Konstitucijos prospektas, Vilnius 08001, Lithuania
Phone : 8-5 2103149
Venue link (coming soon) | Facebook event page
Date : 11.05.2011
City : Ventspils
Venue : The Centre for Performing Arts, “Juras Varti”
Address : Karlīnes iela 40, Ventspils, Latvia
Venue link | Facebook event page
Info on tickets and other guests will follow as soon as we have it.
———-
Here is the list of dates so far for the 2011 shows:
01/04 Manchester at Academy 1
10/05 Vilnius at Forum Palace
11/05 Ventspils at Centre for Performing Arts
13/05 London at The Roundhouse
Please note, there has been some confusion over the BTTP dates with Gary Numan. Recoil is only playing in Manchester on April 1st and not at the London Troxy show on April 2nd.
Go here for full details + ticket links:
http://blog.recoil.co.uk/events/
Publié par Pimpf à lundi, mars 07, 2011 Aucun commentaire:

2 DAYS OF MUTE AT THE ROUNDHOUSE, LONDON

Mute host 2 days – 13th + 14th May 2011 – at London’s historic Roundhouse as part of the annual Short Circuit Electronic Music Festival and have just announced the first details of the artists to be involved, with further announcements to follow in the coming weeks.
The 2 day programme will feature performances and unique collaborations from Mute artists past, present and future alongside DJs, talks, workshops, screenings and installations. A celebration of Mute’s unique and influential work as a label and publisher, the occasion will see all of the Roundhouse’s public spaces open together for the first time.

Confirmed for Saturday 14th May (12pm-12am) is an exclusive performance by Erasure who will be joined by very special guests. Also performing live will be The Residents, Laibach, Liars, recent Mute signings Big Deal and S.C.U.M, Poppy & The Jezebels, Simon Fisher Turner collaborating with Mira Calix, James Brooks, Peter Gregson plus a special guest performance from Alison Moyet. DJing on the night will be Danny Briottet (Renegade Soundwave) and Irmin Schmidt (Can) & Kumo (Jono Podmore) who will play The Sound Of Can – CAN ARCHIVES SPECIAL, previewing newly discovered music set for release in September.

Saturday 14th will also include a program of talks and films, alongside live performances throughout the afternoon. Talks confirmed so far include Stefan Betke (aka Pole) with ‘An Introduction into the science of Mastering’ and veteran producer and long time Mute collaborator Gareth Jones (Depeche Mode, Erasure and Liars) will talk about his work with the label. Films include the 2009 Mark Stewart documentary ‘On/Off’ and an exclusive Nick Cave & The Bad Seeds film by Iain Forsyth & Jane Pollard.

A series of installations will be running across the Short Circuit festival. Berlin based synth boutique Schneiders Buero will build a unique carousel where visitors can play with new modular and hardware synths. Flies, Guys and Choirs is an audio/visual installation by Irmin Schmidt & Kumo that will transform the sounds of people within the public space in to the bizarre and beautiful. Felix’s Machines (Felix Thorn) will be exhibiting one of his music making sculptures.

The German electronic label Raster-Noton have confirmed a line up for the opening night of 2011’s Short Circuit – Thursday 12th May – and a specially created sound piece will link the Raster-Noton and Mute events. The Raster-Noton / Mute Sound Halo will consist of sound loops created by artists from both labels and will play overnight from 12th May to link the two events.