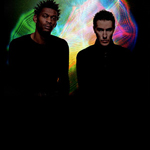 We have news of a venue change for Recoil’s event in Cordoba, Argentina.
‘A Strange Hour’ will now be presented at Pajas Blancas (Picadas) on November 6th as part of an multi-genre arts festival. It is a larger venue with four separate tents covering many artists. Recoil will be headlining in one of the two electronic tents.
The exact line up is still to be finalised and we will bring you that as soon as we have all the information.
Here are the details:
Date : 06.11. 2010
City : Cordoba
Venue : Pajas Blancas (Picadas)
Address : Camino Pajas Blancas, Predio Picadas, Km 8 1/2, Cordoba
Tickets : general USD 17, vip USD 30 (first week at 50%) (www.multiticket.com.ar)
Facebook Event Page
Visit the ‘event’ pages for cities near you and don’t forget to share the invites with your friends.
http://blog.recoil.co.uk/events
The Shunt staff

Here are all the details...

Doors are at 10pm, with Architect and Conjure One already confirmed to join us for this unique evening.

Also, Alan will be appearing at a record store earlier in the day, at:

Visit the 'event' pages for cities near you and don't forget to share the invites with your friends. 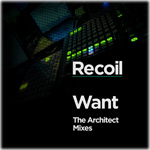 Following the release earlier this year of ‘Selected’, Alan decided to commission some extra remixes which are now being made available by Mute absolutely free!
3 new versions of ‘Want’ (featuring Nicole Blackman) have been expertly put together by Architect to form part of a special download package released today. Full details below.
Architect is the creation of German mastermind Daniel Myer. In 1993 he founded the legendary electro-industrial/EBM project Haujobb. Since then he has made a name for himself within the electronic scene and initiated many other projects such as HMB, Newt and Destroid. Since 2007, he has been a permanent member of the renowned Swedish EBM band Covenant. Created in 1998, Architect and can be easily described as the most fascinating of Daniel’s projects. Focusing primarily on minimal techno, powerfully distorted sequences and razor-sharp breakbeats, he manages to create a unique hybrid of electronica with smooth ambient soundscapes, rendering the results suitable for both listening and dancing.
Says Alan: “Having embarked on a series of live events earlier this year, I found myself re-visiting and re-working many of my favourite pieces. With this in mind, I also kept my ears open for interesting people to contribute to this process and quite early into the tour was introduced to Daniel and his array of projects. I spent many an hour in various hotel gyms, headphones connected, being strangely hypnotised by his work – in particular from Architect’s recent album ‘Consume Adapt Create’. I subsequently asked if he would be interested in taking part in some of the events we had planned and he and I struck up an instant rapport. His approach seemed to fit perfectly with what Paul Kendall and I were doing in the live arena, and that collaboration is planned to continue during Recoil’s forthcoming North American tour. The inevitable result of this new-found friendship elicited this set of recently-completed remixes of ‘Want’. No real guidelines were given – just that Daniel should do his thing to this track as it had never been remixed before and was crying out for some alternative treatments. I hope you enjoy these three variations on the theme and, like me, will appreciate the use of surgically placed sounds, haunting ambience and complex intelligent arrangements.”
Also included in the package: a new film to accompany Daniel’s main mix, using time-lapse photography and directed by the brilliant Dmitry Semenov. Dima’s captivating short film features Daria Kuznetsova & Sergey Kochetkov.
Another extra is a downloadable photographic book, shot during Recoil’s European tour between April & May 2010 by Ivana Dvorska. There is also an additional bonus mix of ‘Jezebel’ by Ehron VonAllen.
We hope you really enjoy this special pre-tour bonus release, and don’t forget, if you want to catch Recoil & Architect in North & South America over the coming weeks go to: http://blog.recoil.co.uk/events/
———–
Recoil ‘Want’ – the Architect mixes :
01. WANT – 6.21
Renegade of Noise 808 remix
02. WANT – 6.05
Architect Steppa
03. WANT – 5.47
Low Tech remix
04. WANT – 6.21
Renegade of Noise 808 – Film
Directed by Dmitry Semenov
Extra bonus track :
05. JEZEBEL – 5.36
Seductress mix
Remixed by Ehron VonAllen
06. Recoil – A STRANGE HOUR
Photographic book by Ivana Dvorska
————
All audio mixes will be available in the following formats:
Wave – 24bits/44.1Khz
Wave – 16bits/44.1Khz
M4A Apple Lossless
Free Lossless Audio Codec (Flac)
MP3 – 320kbs
Original versions of ‘Want’ & ‘Jezebel’ appear on the Recoil albums ‘Liquid’ (2000) and ‘Selected’ (2010)
————
Go here to download : http://www.mute.com/recoil_want

We have lots of news to give you about extra activities surrounding the Recoil tour…
Firstly, an extra special guest has been added to the bill at El Rey theatre in Los Angeles.
SONOIO (Alessandro Cortini of NIN) will be joining us to play a unique set focusing on his latest album. A former member of Nine Inch Nails who has worked with Ladytron and HEALTH, Cortini is celebrating the release of his self-titled solo effort by making it available in a variety of packages. In a rare offering, fans can buy a digital download of SONOIO, an exclusive EP and a SONOIO – a custom-built portable synthesizer designed by Cortini and Scott Jaeger (The Harvestman).
There is the chance to download the first four songs from the album for free at http://sonoio.org. We’re very glad to have him along for this special evening.
Don’t forget we also have the DM/Recoil aftershow party with DJ Daniel Barassi. Tickets are going fast for this evening so make sure you snap yours up soon.
Here is the full line up for the Los Angeles event which takes place at El Rey on Friday 22nd October:
RECOIL Conjure One
Architect Sonoio (Alessandro Cortini) After-show party with DJ Daniel Barassi

The exact line up is still to be finalised and we will bring you that as soon as we have any more info. There will be extra DJs so expect a proper Brazilian-style party!